Stocks: With equities looking overheated, the rising concerns stemming from a Chinese virus (Coronavirus) which has seen over 300 infected with 6 reportedly dead has allowed for some profit taking across equity markets. In turn, with the outbreak bringing back memories of the SARS, global equities have been on the backfoot.

GBP: The Pound is comfortably the best performer in the G10 complex, gaining 0.5% after a better than expected employment report. The ONS reported that the UK had created 208k jobs in November, far exceeding the 109k expected, while wage growth remained robust. Consequently, money markets have slightly reduced expectations of a rate cut at the January and thus benefiting the Pound. That said, much of the focus will be on Friday’s PMIs as to whether the Bank of England will cut the bank rate or not. Despite expectations pricing in a 60% chance of a rate cut, we sit in the camp that the BoE will not cut rates in January, therefore, baring a weak PMI report we expect this to be the case.

of clients are net long.


of clients are net short.

EUR: Modest gains for the Euro as the US Dollar heads south. Today’s German ZEW survey adds to the narrative that data in the Eurozone is beginning to stabilise with the economic sentiment reading hitting its highest level since 2015. This had largely been due to the reduction in uncertainty pertaining to both Brexit, alongside the US-China trade deal, as such, we see risks are tilted to the upside for the upcoming PMI figures as well as next week’s German IFO. 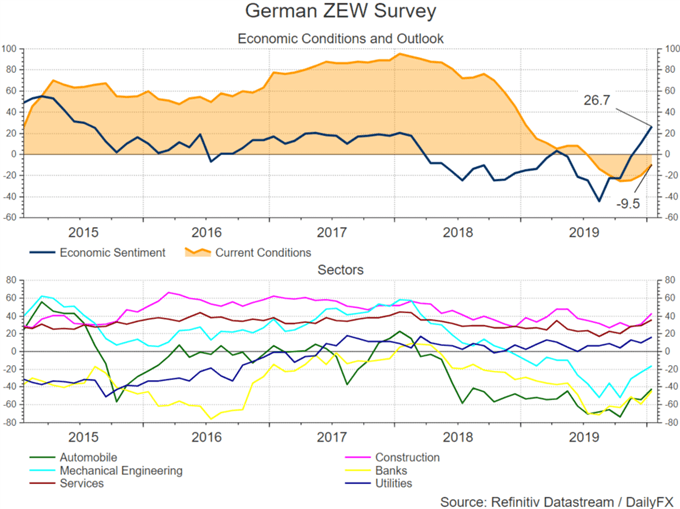 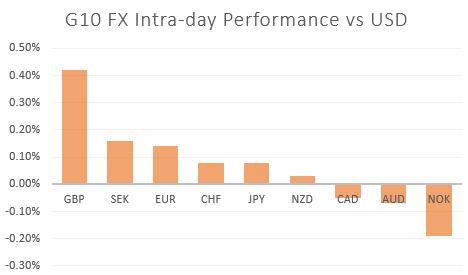